Republic of Niger, which is located in the Sahel region on the southern edge of the Sahara Desert, is facing a serious problem of desertification (land degradation). As desertification progresses, agricultural production stagnates, the standard of living of the people declines, hunger and poverty spread, and ethnic conflicts and terrorist attacks resulting from hunger and poverty become frequent, threatening the lives and livelihoods of the inhabitants.

Prof. Shuichi Oyama started his academic research in the rural areas of south-central Niger in 2000, and has continued his field research while living with the rural people. Based on his findings, he has been working on an international cooperation project which aims to identify the local ecological knowledge of Hausa farmers and their responses to land degradation, since 2015.

The project aims to create a material cycle between urban and rural areas to improve land degradation in the rural areas and sanitation in urban areas. This project also aims to eradicate hunger and poverty, to prevent ethnic conflicts between farmers and herders and to reduce terrorism. To combat desertification, this project is using household waste from cities to restore the degraded land and create grazing areas for livestock in the rural areas. Livestock is kept by both farmers and herders. ,  Providing grazing land for local people enables them to fatten their livestock, generate cash income and buy food that is in short supply. The project also helps to prevent ethnic conflicts between farmers and herders caused by livestock crop damage. The project will further help to prevent the spread of cholera and typhoid fever, which occur every year during the rainy season, by cleaning up the waste in the city.

In 2021, Prof. Oyama set up a local NGO in Niger called OLDACV-SHARA [Organisation Non Gouvernementale pour la Lutte Contre la Désertification et l’Amélioration du Cadre de Vie (Organization for combating desertification and improving livelihoods)] to work with the people of Niger to improve urban sanitation and combat desertification by greening the city with household waste. In the same year, he also launched the JICA Grassroots Technical Cooperation Project “Greening with Organic Waste in the Niamey Metropolitan Area of the Republic of Niger”, which aims to improve urban sanitation and combat desertification through the use of household waste in Niamey.

The aim of this project is to improve the living conditions of rural communities in the suburbs of Niamey by greening the degraded land to prevent ethnic conflicts between farmers and herders, and to avert terrorism, as well as to address natural disasters such as frequent flooding in the capital city. We also aim to mitigate global climate change by absorbing carbon dioxide and other greenhouse effect gases, and to tackle the solid waste management challenges.

History of the project 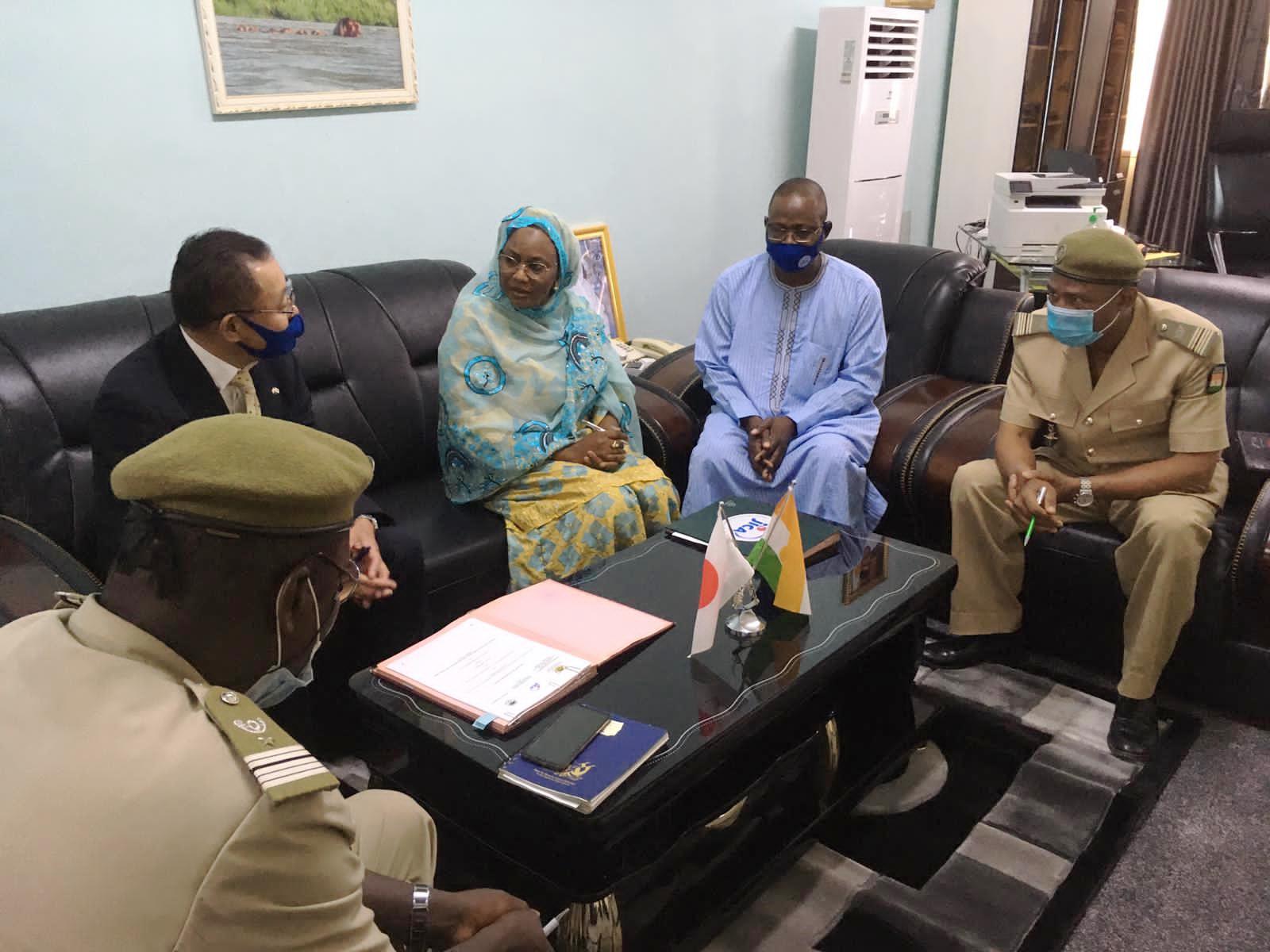 On September 24, 2021, a project agreement for JICA grassroots technical cooperation project was signed with the Ministry of Environment and Combating Desertification of the Govern…