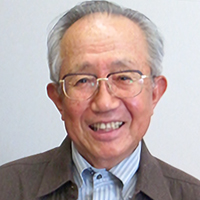 I studied “slash-and-burn” system of agriculture (chitemene)practiced by Bemba-speaking people in Zambia’s sparse-forest, Mionbo and “pit cultivation” system of agriculture”(ngoro) practiced by Matengo speaking people on the rolling hill slopes of Mupika destrict in Tanzania from an agroecological perspective. (1) Chitemene agriculture: I evaluated the degree of local adaptation of indigenous agricultural methods by examining the size of swidden plots per household, planting systems, as well as the ratio of dry matter yield to which invested before planting crops. During this period, I cultivated a test chitemene with the help of the villagers and conducted a variety of experiments including a comparison of yield performance of an indigenous finger millet cultivars vs a newly bred one.In the meantime,graduate student Mr.Shuichi Oyama performed a quantitative analysis of “standing crops” of miombo in the area where chitemene has been practiced in the different years before, using the satellite images with Normalized Difference Vegetation Index(NDVI) and evaluated the sustainability of miombo woodland . (2) Ngoro agriculture: Cooperating with Sokoine University of Agriculture, governmental agencies of Mbinga district, I and many Japanese experts in agriculture and anthropologyevaluated the advantages of Ngoro agriculture system and also helped with a integrated reform plan for further development of rural communities.*
*Agroecological survey of the miombo forest belt in Tanzania: Yasuo Takamura, along with other individuals associated with the Africa Center, were involved in the launch and operation of JICA’s inter-university cooperation support project (1994 to 1997). In 1999, after conclusion of the project, the SUA Centre for Sustainable Rural Development (SCSRD) was established at the Sokoine University of Agriculture.

I conducted agronomic research related to the ambient temperature of paddy field and its effect on growing rice as well as research on mat rush (Juncus effusus), which is used as a raw material as tatami mats surface. I also conducted to evaluate the potential of sugar cane dry matter and its fodder production in a temperate zone of Japan and meantime, I was engaged in fieldworks on sago palm (Metroxylon sagu) in Indonesia to realize and publicizethe potential of this plant species as a tropical resource.

Reports of Grant-in-Aid for Scientific Research

≪Growth and cultivation of paddy rice≫
In the 1950s, the practice of planting paddy rice earlier—i.e.“early season culture of paddy”—became widely adopted in Japan as a means of avoiding damage from typhoons and insect pests. This change in cultivation period was to be accompanied by changes in ambient temperature of paddy fields, I investigated, in special, the influence of irrigation water and soil temperature on growing rice plant. Thereafter, I continued research on various subjects as the impact of Cu and Zn contamination by wastewater from a metal plating plant on growth and yield of rice plant, and the productive structure of rice plant communities under the different cultivation methods as direct sowing and transplanting. In addition, at the International Rice Research Institute in the Philippines, I observed the fluctuation in soil and the ambient temperature of different monthly transplanted paddy fields in Los Banos to elucidate the difference of thermal condition of the paddy fields in tropics and Japan.

≪Mat rush≫
Crop Research Lab, Faculty of Agriculture at Okayama University was conducting the physiological and ecological research in mat rush (Juncus effusus L.), the traditional fiber crop for“tatami” mats, to elucidate its better growing performance to gain much products with high quality. I cooperated in these research in the mid 1980’s and I also searched into very specific diurnal changes in CO2 concentration and air temperature within mat rush canopy. Unfortunately, mat rush cultivationhas since almostdisappeared from these Chugoku region.

≪Sugar cane≫
Based on the belief that sugar cane shall be cultivated in the warm temperate zones of Japan not only as a sugar crop but also as a fodder crop, I assessed the productivity of early-transplanted sugar cane atKyoto University Subtropical Plant Experiment Station (currently the Field Science Education and Research Center at the Kii-Oshima Research Station) located in Kushimoto at the southernmost point of the Japanese mainland. Thereafter at Okayama University in Okayama, I compared the development of sugar cane varieties with different growth habits and evaluated sugar yield and also Dry Matter Digestbility as a fodder by invitro cellulase method.

The Society of Sago Palm Studies

≪Sago Palm≫
Sago palm is a tree species that stores starch in its trunk whose present habitat covers Indonesia, New Guinea, and tropical islands of the Pacific. Identified as a potential food crop that can be grown in coastal areas of the tropics where cultivation of general crops is difficultThe Japanese Society for Tropical Agriculture established a research group on Sago palms and began plant ecological research related to the sago palm in the late 1970sand the subsequent 30-year period saw the accumulation of a large quantity of research on the semi-domesticated sago palm. During this period, I conducted field research on and widely publicized the need for research on sago palms. In addition, I conducted an experiment to transplantseedlings of sago palm from Indonesia to Tanzania.